The Deadly Six
These are the mushrooms that every beginner should learn to recognize and avoid.  These can kill you.  There are others that might make you very sick, and you wish you were dead, but will not kill you.  I recommend that every beginner get to know these but avoid ALL Amanita, False Morel and Little Brown Mushrooms (LBMs) just to be safe.  That is what I did. 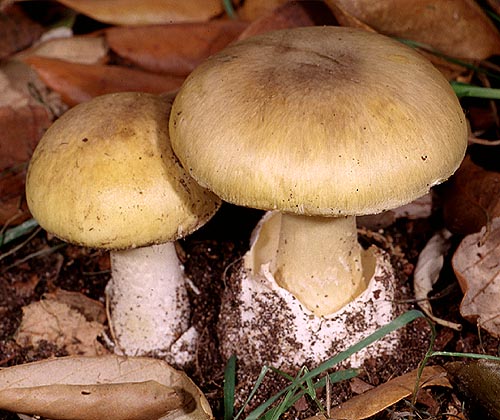 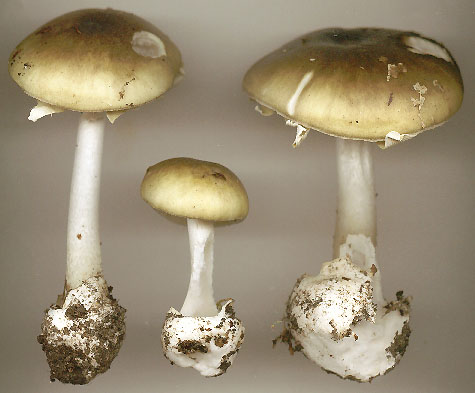 Attacks and destroys your liver.

2.  Destroying Angel (Amanita verna , A. ocreata and A. virosa): together with Death Cap, they comprise 95% of mushroom poisoning fatalities in the U.S.
The 3 different species are look-alikes. 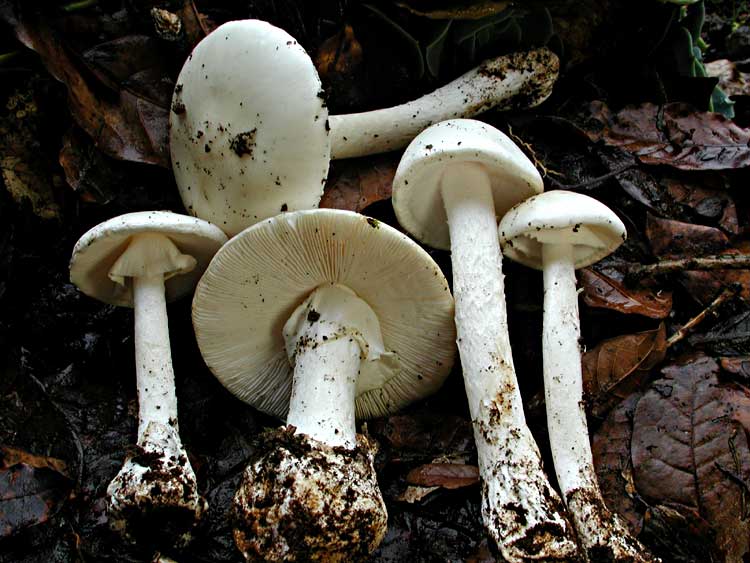 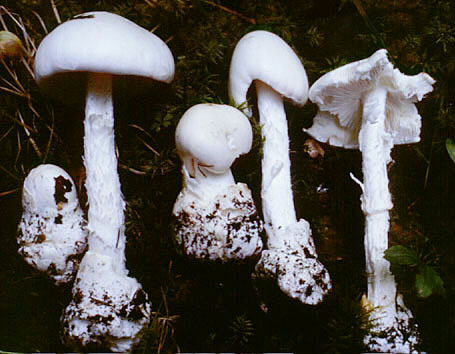 Amanita virosa: This pure white species with its deep membranous volva (cup surrounding the base) is deadly poisonous. It contains the cyclopeptide amanitin which kill liver cells and without a liver transplant can be fatal. It is found associated with oak in Eastern North America.

3.  Deadly Galerina (Galerina autumnalis)
CAP small, about 1.5-2.5 inches in diameter, sticky when moist, dark brown to brownish yellow as it dries, margin striate when wet. GILLS attached to the top of the stalk, yellow becoming brown as spores develop. STALK light brown to tan, fibrillose below annulus, hollow, base with dense white mycelium. ANNULUS white becoming brown with spore deposit, located near the top of the stalk, may disappear with age. SPORE PRINT rusty brown. 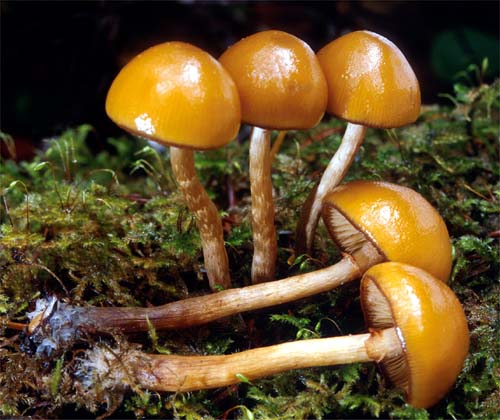 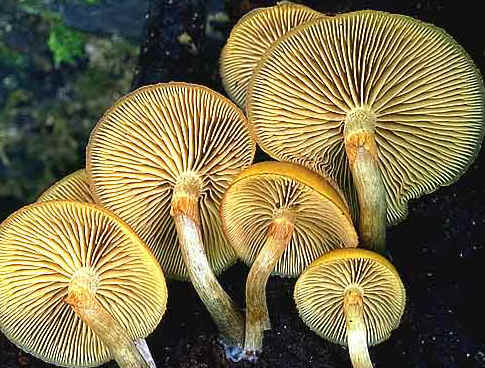 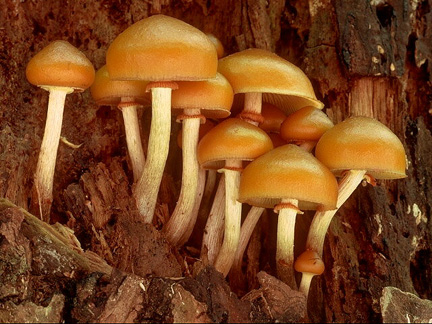 Similar toxin as in first two. 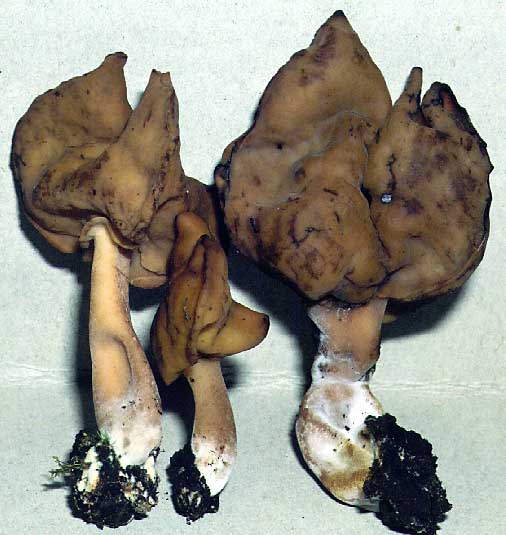 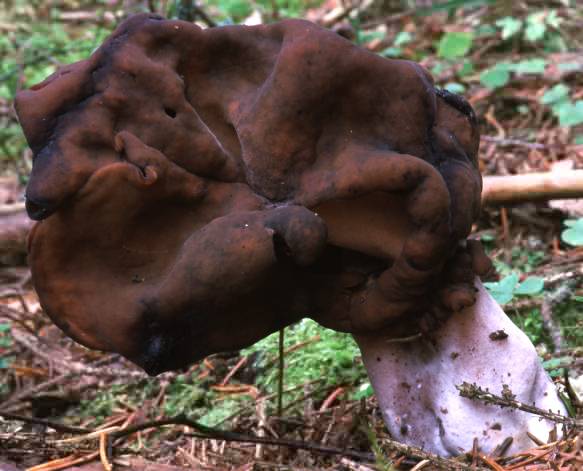 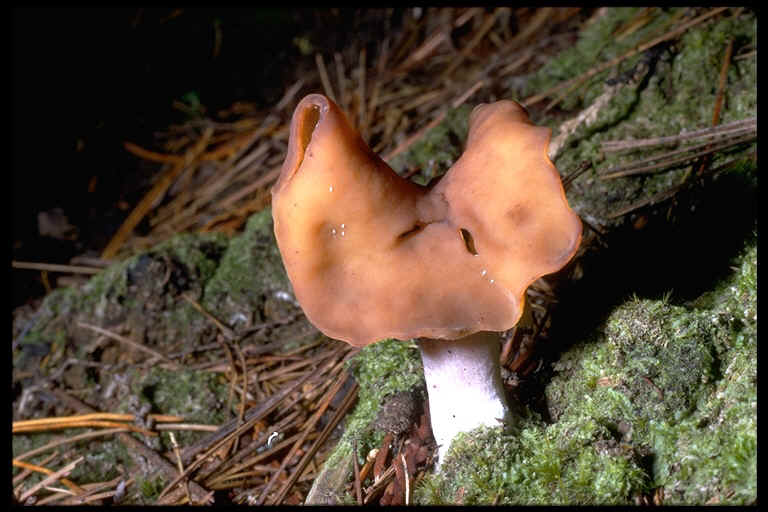 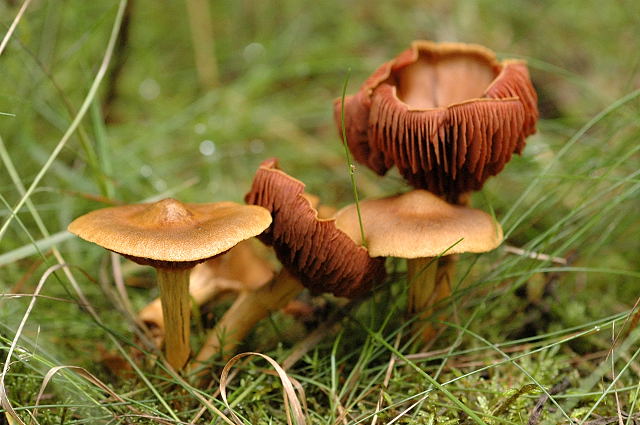 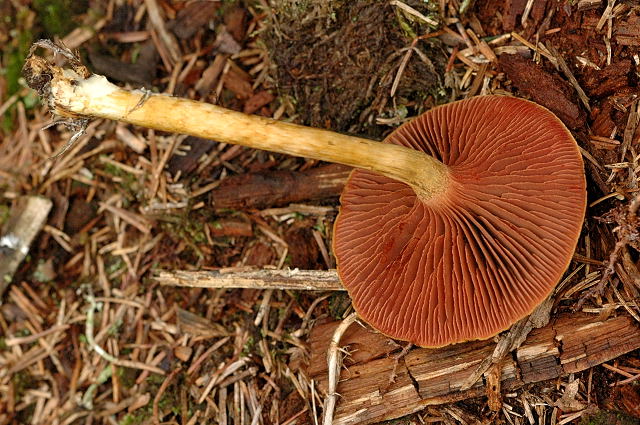 Cortinarius gentilis, shown here, contains potentially lethal levels of a very different toxin whose first noticeable effects are delayed for more than one day and may not appear for up to 21 days, long after the connection with a mushroom poisoning is likely to be established. The first symptoms typically appear 36 hours to 14 days after ingestion and are nonspecific gastrointestinal and neurological problems including intestinal upset, fever, muscle pain, chills and headache followed by a phase of excessive thirst accompanied by excessive urination and severe pain in lumbar region. This is followed by greatly reduced urine production. Kidney insufficiency may become permanent. While poisonings from Class B toxins (Poisindex IA) are suspected from North America, none have been proven. However in Europe, there have been hundreds of well-documented cases. Prior to the development of kidney transplant and dialysis there was a 15% mortality rate. Now deaths are extremely rare.

6.  Ringed Cone Head (Conocybe filaris)
It is a good idea to stay away from all Little Brown Mushrooms (LBMs).  This one has a cap that measures 1/4 to 1".  On grass, moss or on wood chips.  August to October.  Same toxin as 1 and 2. 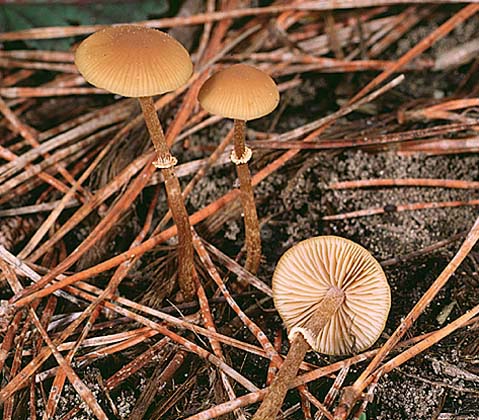 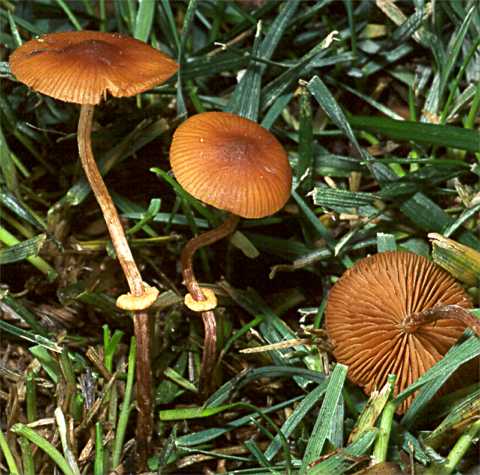