Captain Charles McIlvaine, exception #1 to the rule.
Here is an article that tells about him and his historic cast iron stomach :o) (28kb pdf)

Chuck Barrows, exception #2 to the rule. 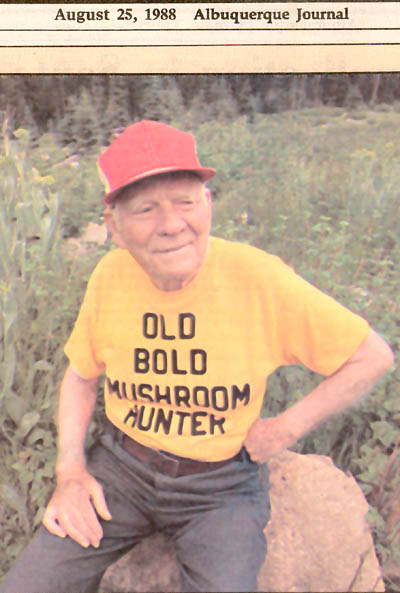 Greg Wright, exception #3 to the rule.
He followed in the footsteps of McIlvaine and tasted over1000 mushrooms in the 1980's.  He got sick about 7 times and once he was really scared.  Unlike McIlvaine he left no written report of his experiment.  Eventually he lost interest in mushrooms.  Last heard he was studying UFOs :o)

Storm, exception #4 to the rule.
Storm appears to be a fan of the hippie generation.  He has a very nicely written article in Tracker Trail that explains his reason for eating mushrooms that the guides do not consider edible.  The article is in three parts:  Part 1, Part 2, Part3. (257kb, 269kb, 269kb pdf)