1/12/06  After reading about Chaga in the BMC Bulletin, and checking the Internet to see what it looks like, I went into the park in my back yard and started looking for birch and Chaga.  The first possibility I found on a large old White Birch, about 2' in diameter.  It had several dark spots and knobs and in places the thick bark was missing.  I cut off a piece from one 2" knob and here is what I saw 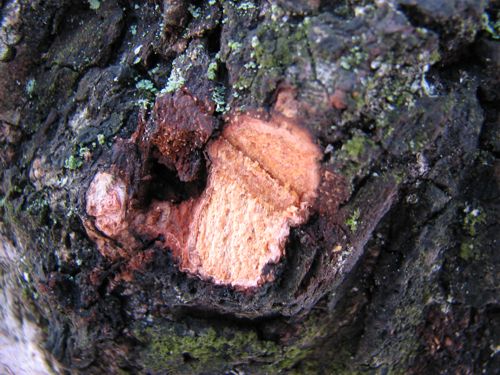 Is it Chaga or no?  There is no sign of clinkers so I don't think this is it.  Later I learned that this is not a Chaga!

Below is one of the dark spots, like a split in the bark, where the bark is missing. 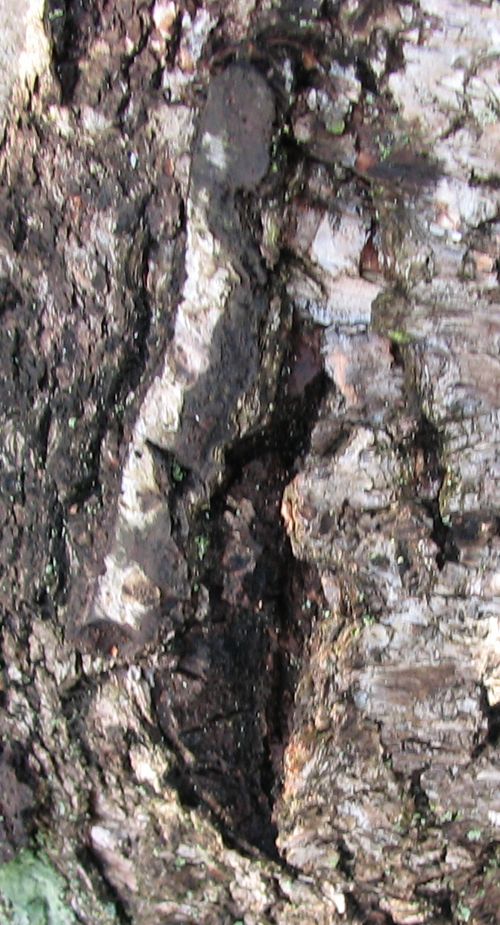 Could this be a place where a Chaga once was?  Wishful thinking!

Below is a similar roundish area where the bark is missing and the outer bark pealed back. 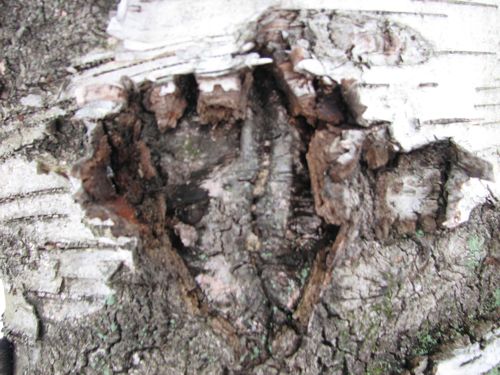 The other tree is a Sweet Birch (aka Black Birch), (maybe) with what looked like a gall growing out of the tree about 10' up.  I used 12x optical zoom to get a closer look.  On this day the light was bad so I went back the next day to take the picture. 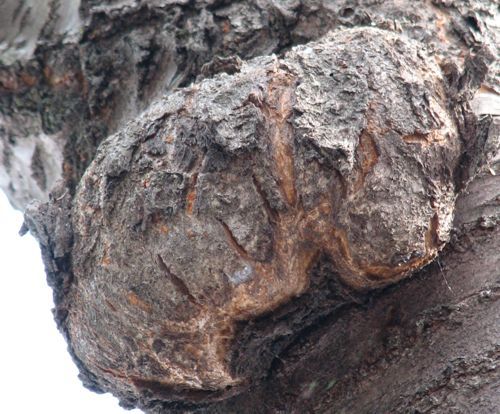 I see no clinkers but the redish brown showing through looks like a Chaga to me.  It is about 8" long by 4" wide and 4" high.  Another false alarm :o)  Later I decided the tree was actually a wild cherry.

Here is a different perspective. 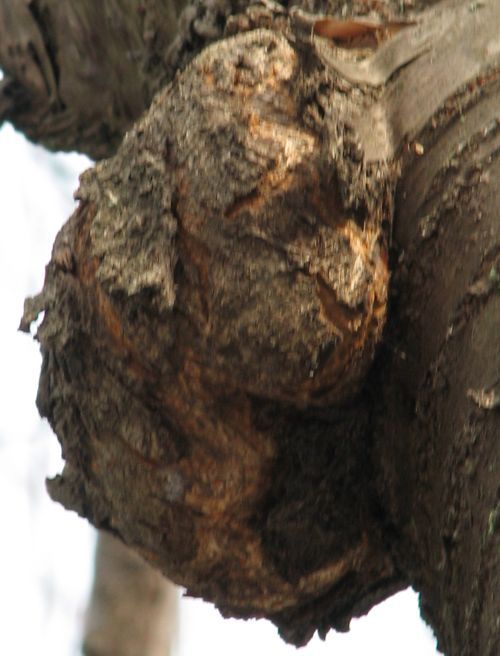 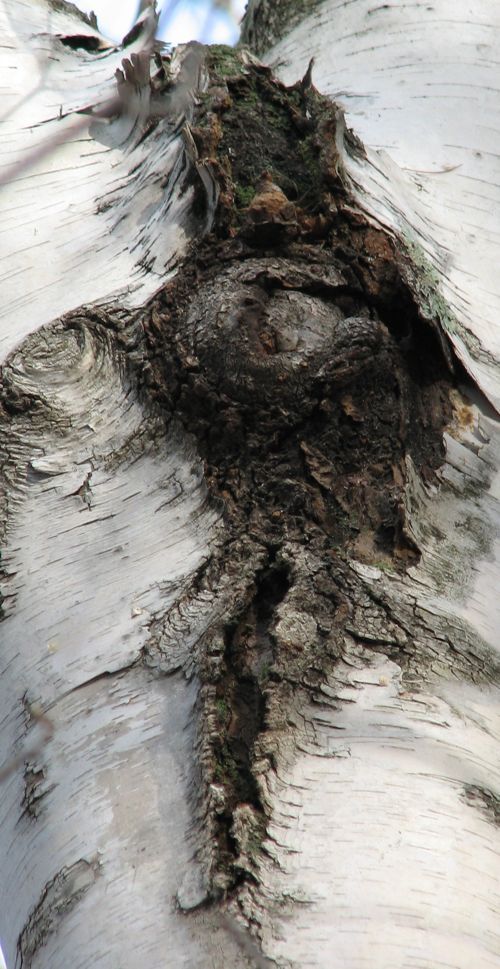 The top part looks like a small Chaga to me.  It was to high up to harvest so it will remain a maybe.